In 2010, the Coalition of Child Care Advocates of BC and the Early Childhood Educators of BC released a draft plan for an Integrated System of Early Care and Learning in BC. The draft responded to BC’s implementation of full school day Kindergarten for 5 year olds and the deepening child care crisis facing BC families.

For over 6 months, thousands of British Columbians engaged in a dialogue about our draft plan. This dialogue helped shape and inform our finalized Community Plan for a Public System of Integrated Early Care and Learning. The Plan, released in April 2011, offers a concrete, innovative and ambitious way forward and provides a framework for significant and lasting change. 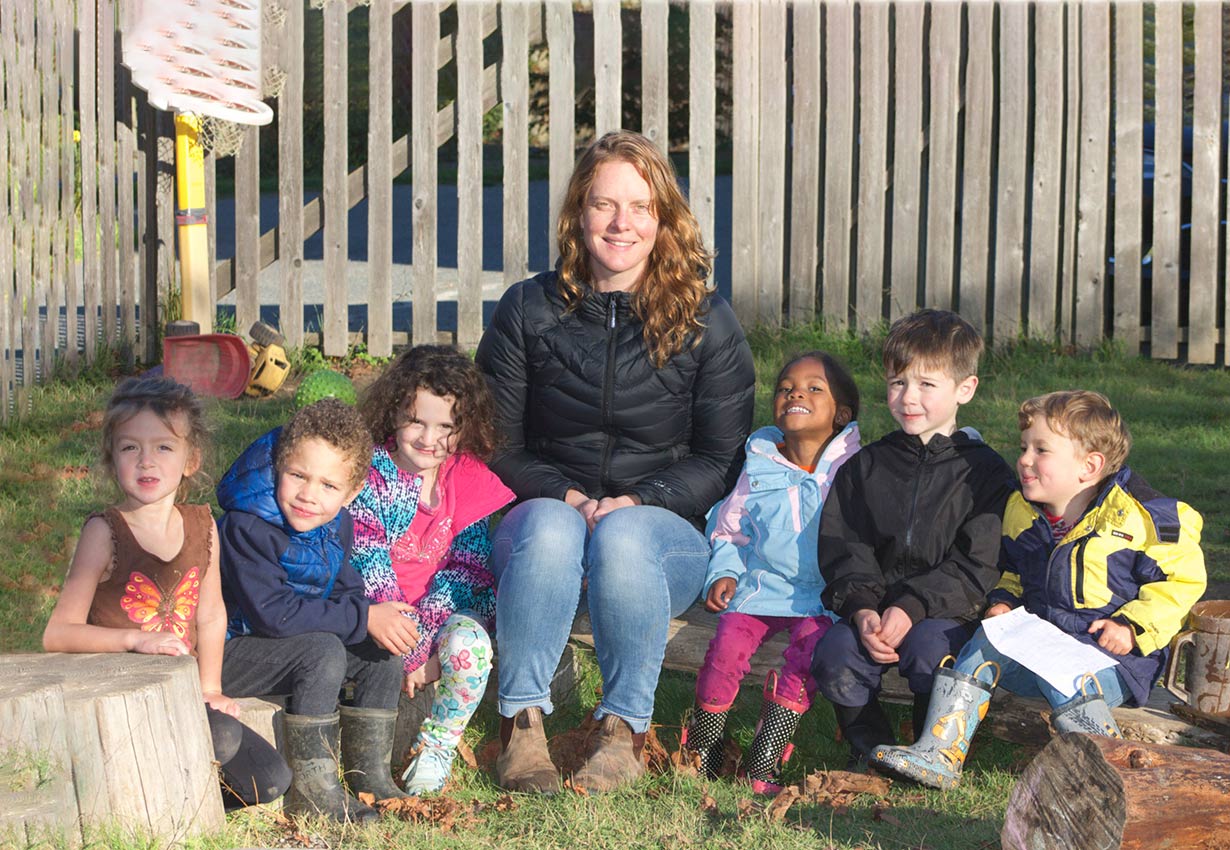 On November 30th, 2022 across BC and Canada there will be many ways to celebrate early childhood educators and push for a fair wage grid. Please join with us in celebrating and supporting educators. 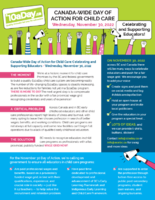 Since its release in April 2011, the Plan has been enthusiastically endorsed and supported by a growing number of individuals and organizations. These voices are calling on government to adopt and implement the Plan so that children, families, communities and our economy are served by a high quality, universal, democratic and accountable system of early care and learning. 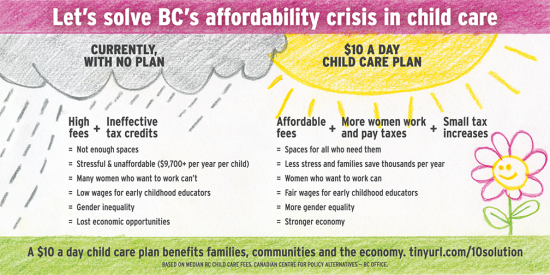 Plan vs. No Plan 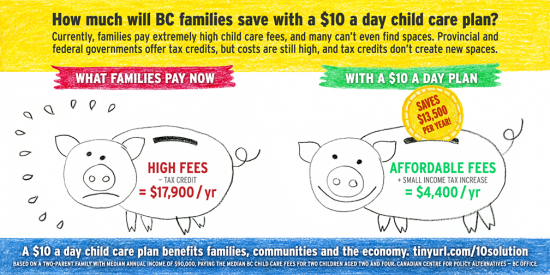 How Much Will BC Families Save With A $10aDay Child Care Plan?

View the Roadmap for $10aDay Child Care in BC. Updated January 2022. 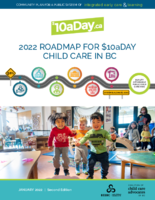 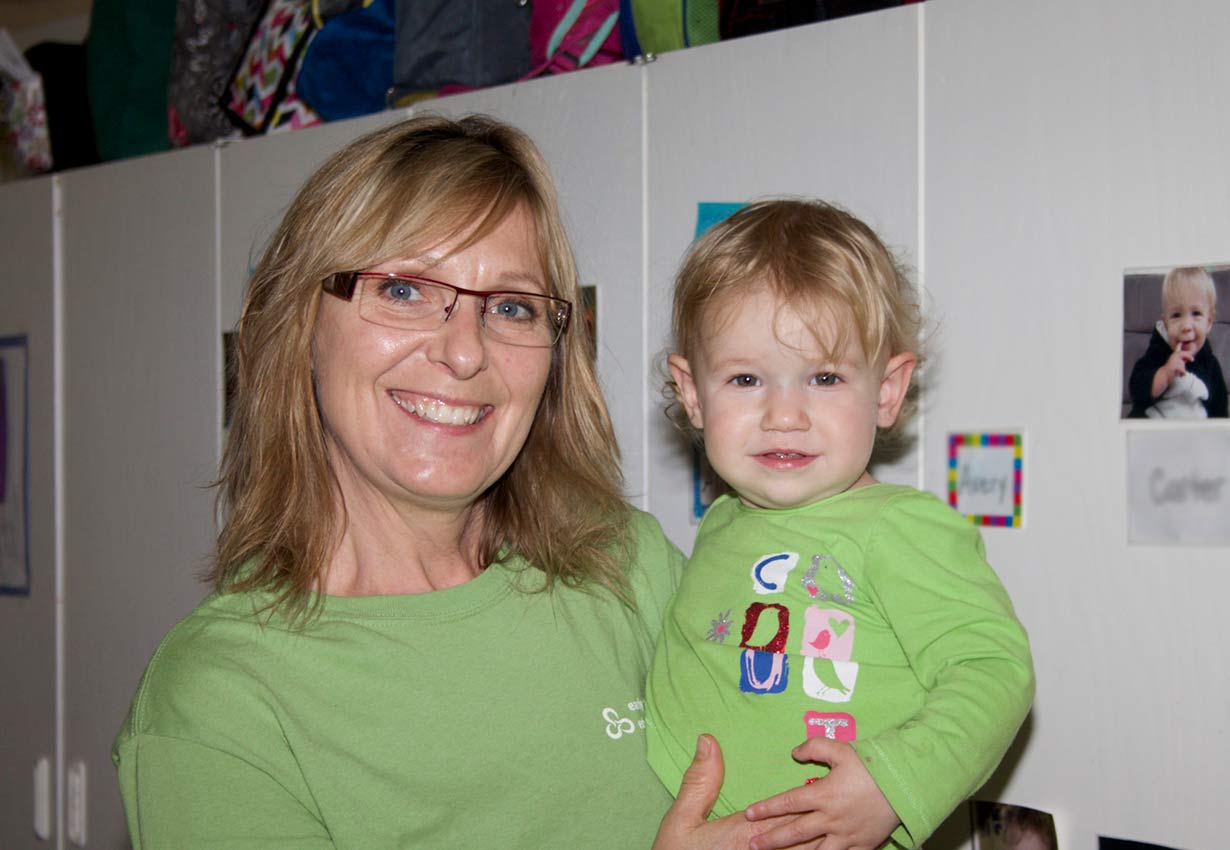 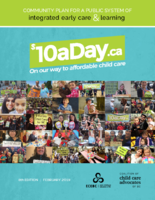 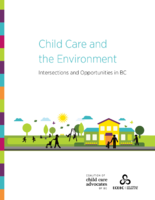 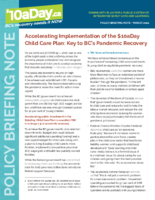 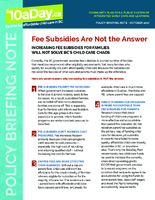 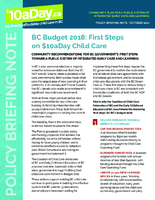 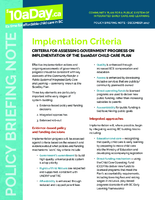 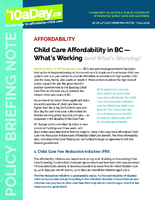 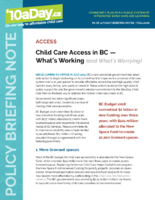 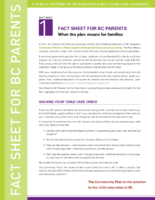 Fact Sheet 1: For BC Parents

What The Plan Means For Families 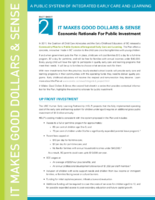 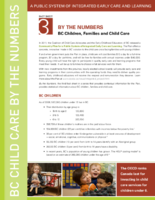 Fact Sheet 3: By The Numbers

BC Children, Families And Child Care 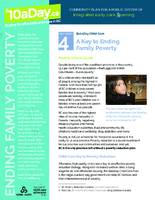 A Key To Ending Child Poverty 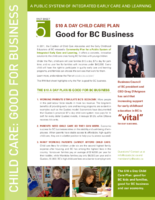 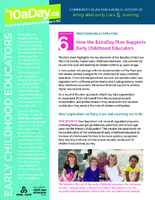 $10 A Day Canada Wide Day of Action for Child Care

On November 30th, 2022 across BC and Canada there will be many ways to celebrate educators and push for a fair wage grid. We encourage you to join us!

Child Care and the Environment: Intersections and Opportunities in BC

The Coalition of Child Care Advocates of BC and Early Childhood Educators of BC have just released a $10aDay policy note that sets out to specifically examine five intersections between the issues of child care, the environment and climate change.

The second edition of the Roadmap for $10aDay Child Care in BC has just been released.

View the press release to find out more about today’s BC Budget announcement regarding child care and its impact on families and educators.